Itelma Electronics is a high-tech company with many years of experience in development and electronics. We design and manufacture electronic systems for cars. Our technologies make transport safer, more comfortable and more modern. Due to our products, cars are becoming smarter, gaining artificial intelligence and machine vision. Our areas of expertise include solutions for drones, modern telematics, cognitive and intelligent systems.

Our products are in almost every car in Russia. We were the first in the country to start producing and are still producing ERA-GLONASS emergency response units. Itelma dashboards are installed in cars of all popular domestic brands. And our IT solutions have already gone beyond the automotive industry and are used in digitalization and light industry.


Our geography
The enterprise unites 5000 sq. m of innovative R&D centers, three automated production sites in Moscow, Kostroma and Dimitrovgrad, a unique testing laboratory and a modern office in Moscow. We have 8 separate divisions throughout Russia and an Office in Germany and the United States.

Our team
Our team consists of more than 2500 people, of which almost a third are engineers.  Our employees are Itelma’s most important asset and the main driving force behind our success. We pride ourselves on low turnover, because we appreciate and value every specialist, we work hard to keep them challenged, engaged and excited about working here.

Working conditions
Comfortable working environment. Headquater in Moscow is located in 15 min. from the Nagatinskaya metro station. It is equipped with comfortable seating areas, a kitchen and high-tech meeting rooms. During breaks, staff can play table tennis at the adjoining sports centre. For car ouners in the business center there is a warm secure parking.

Flexible format of work. We offer a hybrid work-from-home format or remote work and flexible start to the work day.

Company-sponsored training. It is important for us constantly improve the qualification of employees, so Itelma Electronics organizes training for employees at its own expense. In addition to external resources, the company has its own training program. All employees can build their own training plan that meets their interests.

Sport. We conduct corporate training for employees several times a week. ITELMA has already formed a successful volleyball team, we support and help employees who want to compete on behalf of the company. 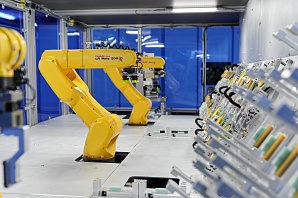 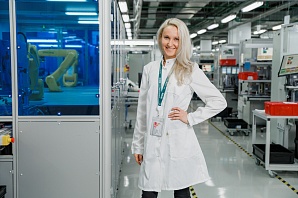 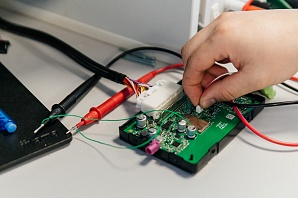 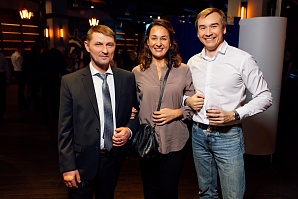 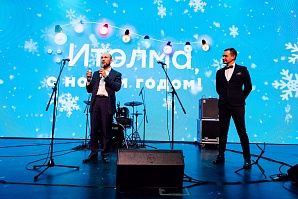 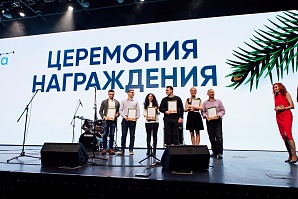 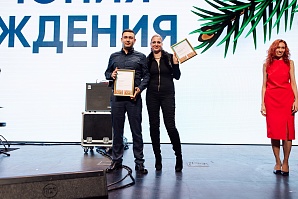 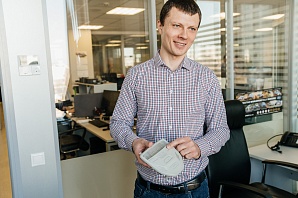 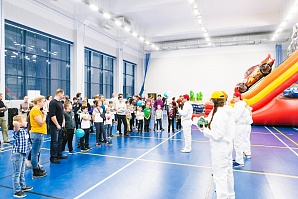 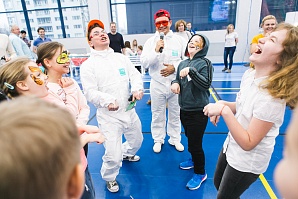 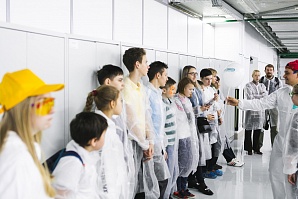 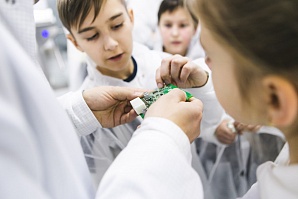 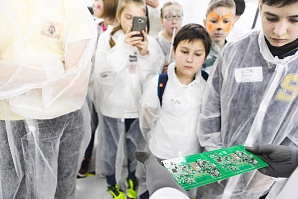 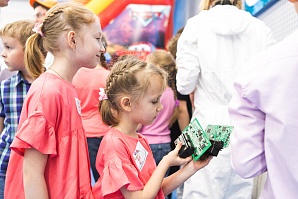 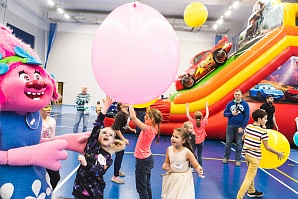 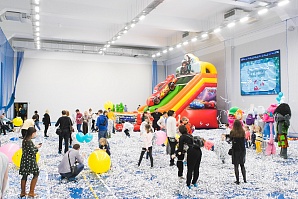 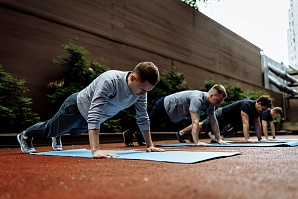 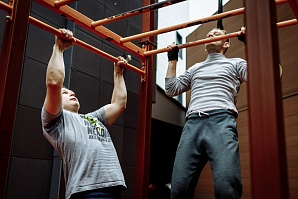 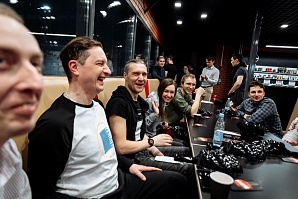 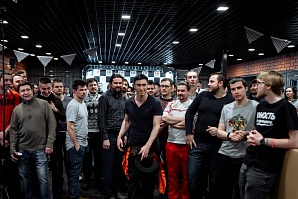 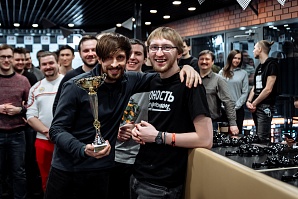 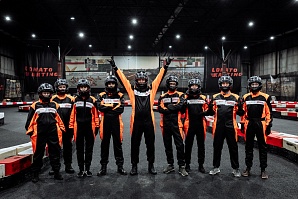 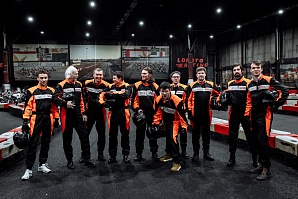 We form the market of auto electronics and components, we are industry experts

We give the opportunity to develop, and "grow" top specialists within the company.

There are divisions of the company in 9 Russian cities and even in Germany.

We conduct our own trainings and pay for third-party training programs.

Nikolay spoke in an interview about how he developed at ITELMA and what remains the most interesting and important thing for him in his work - both as an engineer and as a manager.

How did you get into the company?

I was introduced to ITELMA  by the teacher at MADI, where I studied, Boris Yakovlevich Chernyak. At that time, many students from our department, some of my groupmates, were already working here. Because  at that time I was writing my PhD related to diesel fuel equipment and as part of this work I was making my own control system, I was assigned  to the project of a control unit for a diesel internal combustion engine. The first tasks were to calibrate the high pressure fuel pump on a non-motorized stand.

What project do you consider was your main point of growth?

For me, this was a motorcycle project for which I did a lot of things by myself. When you do a project in its entirety and go through all its stages, it gives that irreplaceable real and interesting experience. In this project, I not only did the work as an engineer, but also carried out most of the organizational work: in parallel with applied development, I was engaged in the planning system, work organization, and developed algorithms. It was an important experience, I went to India several times to visit the customer, put a lot of effort into the project and consider it was a landmark in my professional development.

What was your career  growth in the company?

If you look at my career path in the company, you will see that my position changed approximately every two years. I came to the position of a test engineer, then became a senior test engineer, then a lead one and stayed here longer, after that - a deputy director for development, which position I hold now. Each time my growth was due to the fact that I faced new tasks that were not within the scope of my duties. And I had to go beyond their limits, beyond my skills and capabilities. It's not easy, but it’s interesting at the same time.

What do you like about working as an engineer and in managerial work?

There isn't much of a difference. In both cases it is important for me to see the result. Not abstract, but the one that you can touch with your hands - for example, a car, real, made of metal, which functions as you (more precisely, the customer) wanted. It's greate, is't it? And this cannot be done alone. This is the achievement of you and the team, and it's very pleasant to know that. 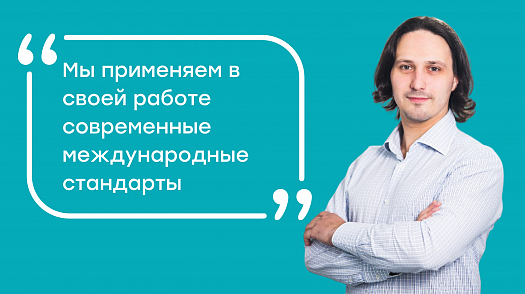 "I want my team, and all employees of Itelma, to become world-class specialists – it is important for me."

Eugene is one of those specialists who came to Itelma as a student and literally grew up in the company. Now Eugene is the head of the department, who manages a team of more than 30 people in different cities of the country. We share his story on how to become a real professional and managerial engineer from scratch.

How did you get employed by Itelma?

I was lucky to get a job in our laboratory as a student. I started as a laboratory assistant, came here several times a week for half a day. Then I  became a technical writer, an engineer. And I passed my first project before I received my master's degree, which, by the way, I did at work in the laboratory. All doors are open for students at Itelma - here you can gain such practical experience that is difficult to get anywhere else.

What was your way of delopment in the company?

As I came as a student, I managed to apply the knowledge gained at the institute in practice, before I had time to forget everything. The help of senior colleagues and the desire to develop played a big role. And what is most important–the desire to accomplish my aims.

Gradually, I grew up to a manager. But a good engineer is not necessarily a good manager, so there was a lot to learn. It wasn't easy, and it's not always easy now. Probably one of the hardest things about being a good engineer is not hogging the blanket, trying to do all the work yourself, because it seems that you will do everything better only by  yourself.

I have come to the conclusion that it’s better to try to delegate as much as possible, trust the team and transfer knowledge. I give them the opportunity to make their own decisions. I help, but I try to provide more freedom and responsibility. Thanks to this, young specialists become professionals and this is very pleasing.

What are your goals now?

Itelma is heading for the international level. We apply modern international standards in our work, we follow the requirements of the European community. Therefore, now the main goal is to help the company evolve so that we can easily compete with the leading manufacturers of automotive components outside Russia. I want my team, and all employees of Itelma, to become world-class specialists – it is important for me.

To do this, we must work as a team and support each other in the work, no matter how difficult it is. I think we are on the right track!

ITELMA uses cookies. By continuing to work with the site, you confirm the use of your browser cookies by the site, which help us make this site more convenient for users.